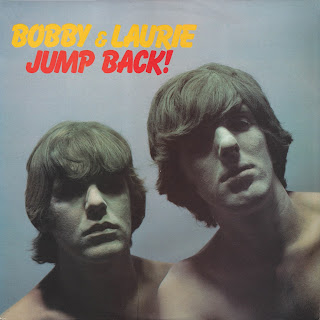 Bobby and Laurie were an Australian vocal duo formed in Melbourne in 1965.

During the sixties Bobby Bright and Laurie Allen were the first to break through as a duo act and one of the most famouse to come out of Australia. Laurie was part of 'Malcolm Arthur and The Knight's' playing lead guitar in 1959 and also a member and lead singer of 'The Blue Jays'. Bobby Bright was a solo singer from Adelaide with 'The Roulette's'. Both Bobby and Laurie started as a duo 1964 during Beatle mania.

They were one of the first to appear regularly on the new 'GO! Show' which was Melbourne's first rock show from 'Channel 0'. Also they received a recording contract with the GO! record label. They are probably known for their early hit 'I Belong To You' produced
by Roger Savage. The song was written by Laurie. They had many hit's but the Roger Miller composition 'Hitch Hiker' would stand out more than any.

They both reunited for a short time but in 1971 they again went their own way.

Email ThisBlogThis!Share to TwitterShare to FacebookShare to Pinterest
Labels: Bobby and Laurie