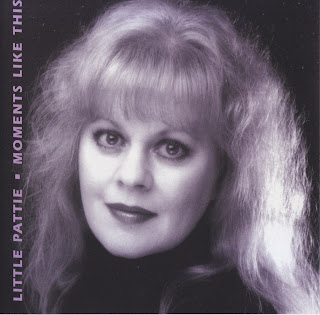 Little Pattie, née Patricia Thompson, has been a mainstay on the Australian entertainment scene since she was a teenager. She had her first pop hit at just 15 and, at the age of 17, was the youngest performer to sing for Australian troops during the Vietnam War. Generally categorized as a rocker, she has crossed the line to record a set of classic standards at two separate studio sittings. Her style and relatively deep voice immediately remind one of Susannah McCorkle, especially on medium-tempo tunes such as "No More Blues." She also has a similar way of phrasing, singing slightly behind the beat. Also evident right from the outset is that this lady is a veteran of the entertainment business with the utmost confidence in what she does. This is no amateur night contestant. She can swing ("I'm Walkin'"), she can be sentimental ("Among My Souvenirs"), and she can be ironically romantic ("When a Woman Loves a Man"). She is also comfortable flirting with other music styles, such as a slight touch of sultry country on the Eddie Arnold classic, "You Don't Know Me." Her supporting cast serves her well. The two pianists, Terry Wilkinson and Barney McAll, are pretty much interchangeable. Erroll Buddle kicks in with a sax solo now and then, such as on "Reachin' for the Moon." Once in a while, drummer Lawrie Thompson forgets this is not a rock session, but that's an inoffensive slip that doesn't matter all that much. This is an album of solid vocalizing by a consummate professional and is recommended.