Johnny Chester - 2006 - Get A Little Dirt On Your Hands FLAC 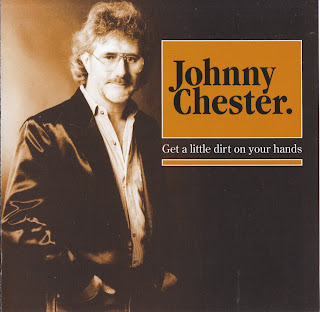 Born in Fitzroy Victoria on December 26th 1941. It was after leaving school at 14, he would become a motor-mechanic, and a brake specialist in his father’s garage. He soon became interested in Elvis Presley’s early career, which prompted the teenager in a career of his own.
It was in 1959, 17 year old Johnny Chester began his singing career with his band 'The Jay Woods - later called 'The Chess Men'.  Johnny admitted (in a 1960’s interview) that he was useless at playing guitar, but when they heard him sing his voice was liked. 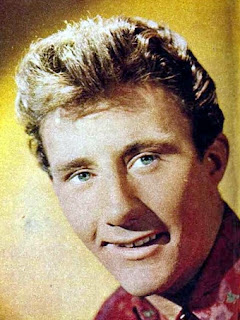 He would run a dance in the St Cecilia's Church Hall in Preston, by the late 1960's he moved the dance to the Preston Town Hall, and it was not uncommon to be performing for 200 or more teenagers.  These dances became very popular at a time when Rock 'n' Roll was king.

In 1961 he signed with W&G Records and released his first single 'Hokey Pokey' with the flipside ‘That’s How It’s Gonna Be’, he started to become a household name.  Chester has also been called a second Johnny O’Keefe.  The following year he released his first E.P. 'Johnny  Chester's Hit Parade - it was the same year he toured with Roy Orbison and later the Everly Brothers. One of his biggest thrills, was performing in the Connie Frances show at Melbourne Stadium. The audience loved him, and yelled for him, even when the next artist popular Johnny Burnette appeared on stage.   At the age of 21, Johnny started producing his own records and compering a teenage show for Gippsland TV. 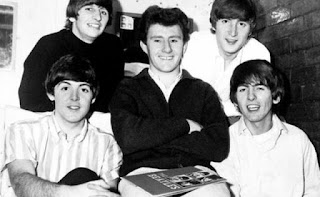 In 1964 after a successful tour of Australia and New Zealand with the Beatles, Johnny hosted the first national television series 'Teen Scene', for the ABC which lasted one season. The following year he became associate producer of a new TV series nomination for the 10 network.
Like many entertainers, in 1968 Johnny performed in Vietnam for the Australian and American troops. Later he released his first single in 3 years titled 'Heaven Help the Man' backing was from the Melbourne band 'The Strangers'.

In 1971 he released his first album for a new label 'Fable' 'Johnny Chester and Jigsaw' a single from the album 'Shame and Scandal in the Family skyrocketed to No.1 in several state of Australia.  His cross-over to Country Music during the early 1970's, made him one of the greats of the Australian Country Music scene. 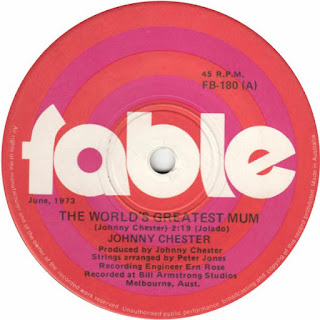 His first National top 5 hit, was the 1973 self-penned 'The World's Greatest Mum'.  Although it was in 1975 that he was awarded his first golden guitar at the Country Music Awards for best selling track 'She's my kind of Woman'.  In 1977 John Chester hosted 'Country Road' a television series for the ABC and began touring with 'The Blue Denim Country Band' who later became 'Hot Spur'.

After the release of another hit 'I Love You So Rebecca' in 1979, he signed with W.E.A Records an affiliation of warner Brothers. His first release for the new label 'Johnny Chester and Hotspur' due to it great success of reaching gold status, Johnny continued recording and touring with Hotspur
In 1983 he was invited for Fort Worth, Texas to perform and receive an Award at the International Country Music Awards.  He shared the stage with other greats, Bobby Bare, The Bellamy Brothers and Tom Jones. While back in Australia he was a support act for Roger Miller and Charlie Pride.   Over the years he has toured with many greats including, Kenny Rogers, Johnny Cash, Tammy Wynette and  Freddy Fender. 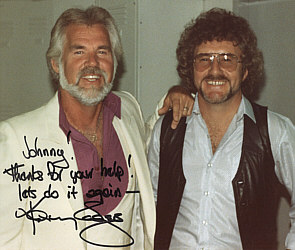 In the Entertainment world, Johnny Chester had covered most things: - Radio Announcer, TV Compare, songwriter, recording artist, rock 'n' roller and a country star. He's respected by the Music Industry and his many fans.
In 1999, he continues touring with the Southerly Buskers. In 2005, he released an album 'Get A Little Dirt on Your Hands' for Shock Records which made a huge splash in the Music Industry.  His current album was released through Warner Music titled 'The Nashville Sessions'.  To date Johnny has released 28 albums and more than 50 singles.
Posted by Deutros at 03:00