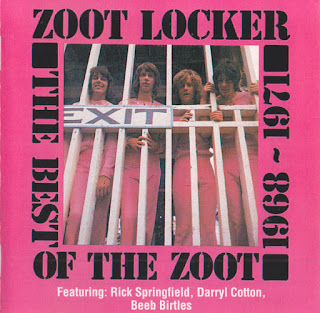 Plympton High School mates John D'Arcy on guitars and vocals, and Gerard Bertlekamp (later known as Beeb Birtles) initially on lead guitar and vocals formed Times Unlimited in Adelaide, South Australia with drummer Ted Higgins and a bass guitarist in 1964. Birtles moved to bass guitar and they were joined by Darryl Cotton, lead vocalist from local rivals, The Murmen. The new group of Birtles, Cotton, D'Arcy and Higgins formed in 1965, and were named Down the Line from The Hollies version of Roy Orbison's "Go Go Go (Down the Line)". Soon Gordon Rawson, an ex-school mate of Birtles, briefly joined on rhythm guitar. 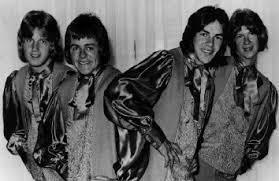 Down the Line performed covers of English Mod groups: The Hollies, The Move, The Who and The Small Faces in many clubs and discos around Adelaide, gradually gathering a following. They sometimes backed Bev Harrell, a then popular singer, who was managed by Darryl Sambell. By May 1967, Sambell also managed rising singer, Johnny Farnham, and used Down the Line as session musicians on demo recordings which secured Farnham a contract with EMI Records. One of these was "In My Room", written by Farnham, which became the B-side of his debut single, "Sadie (The Cleaning Lady)" released in November. After recording with Farnham, Down the Line were approached by Adelaide-based musician, Doc Neeson, who was interested in band management and suggested:     Y'know, you should change the name to something short and punchy like Zoot. — Doc Neeson, mid-1967. 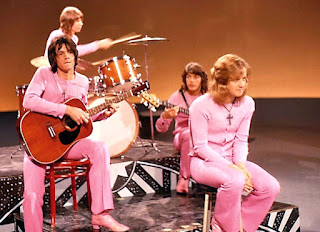 They liked the name but did not sign with Neeson, who formed a pub rock band The Angels in 1970. Zoot were playing some original material in their set and by early 1968 D'Arcy was replaced on guitar by Steve Stone. D'Arcy was later a member of Allison Gros alongside Graeham Goble. Other Adelaide bands, The Twilights and The Masters Apprentices, inspired Zoot to tackle the national market, so in mid-1968, Zoot relocated to Melbourne. Prior to the move, they had entered the South Australian heats of Hoadley's Battle of the Sounds, finishing second in a tense contest to The Masters Apprentices (eventually second nationally to The Groove).


Although Zoot were a popular band during the late 1960s, critics labelled them as teenybopper or light bubblegum due primarily to the Think Pink – Think Zoot publicity campaign devised by their management. After relocating to Melbourne in mid-1968, Zoot signed with Columbia Records/EMI Australia and were managed by Wayne de Gruchy, they recorded their first single, "You'd Better Get Goin' Now", a Jackie Lomax cover with David Mackay producing. They invited the music media to Berties discothèque—co-owned by de Gruchy and Tony Knight—to promote its release in August. Think Pink – Think Zoot had band members dressed head to toe in pink satin, they arrived in Cotton's pink painted car, they were photographed with Cotton's pet dog Monty—fur dyed pink—and the venue was pink themed throughout. The publicity gimmick brought attention to the group and attracted significant numbers of teenage girl fans, however it caused problems in establishing their credibility as serious rock musicians. By December, management by de Gruchy was dropped in favour of Sambell and Jeff Joseph, who also managed Farnham and The Masters Apprentices. 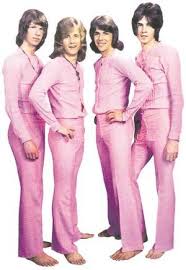 Zoot's second single, "1 × 2 × 3 × 4" was released in December and charted on the Go-Set National Top 40 Singles Chart. By September 1968, Higgins and Stone had returned to Adelaide to be replaced by Rick Brewer (ex-The Mermen with Cotton, Third Party) on drums and Roger Hicks on guitar. Besides radio airplay, the band appeared regularly on local pop music TV show, Uptight!. Their third single, "Monty and Me" continued the Think Pink – Think Zoot theme and was produced by Go-Set writer, Ian Meldrum (later hosted Countdown), which also reached the Top 40 in June. Meldrum also produced "The Real Thing" by Russell Morris and used Hicks as a session musician—he wrote the song's opening guitar riff. Zoot was voted Top Australian Group in Go-Set's pop poll published in June, just ahead of The Masters Apprentices and Brisbane group, The Avengers. In July they undertook a tour through the eastern states with Ronnie Burns, The Sect and Jon Blanchfield on the bill.

Hicks left by September for The Avengers, and was replaced by Rick Springfield (ex-Icy Blues, Moppa Blues Band, Wickety Wak). Meldrum had produced Wickety Wak's single, "Billie's Bikie Boys" with Birtles as a backing vocalist. From September, Zoot joined other Australian bands on the national Operation Starlift tour, which was generally a publicity success but a financial disaster. For Zoot, it brought about increased media ridicule, peer envy and scorn from detractors, much of the criticism was homophobic such as "pretty pink pansies" taunts. October saw the release of "It's About Time" by EMI, Zoot read about it in Go-Set and had expected to re-record its demo quality. In December, in Brisbane, they made headlines when they were assaulted by street toughs, resulting in injury to Cotton. 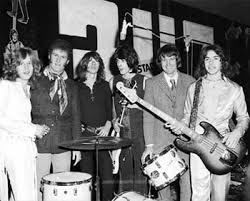 By early 1970, band members had tired of the garish pink outfits and associated harassment and physical abuse, hence, to rid themselves of the bubblegum/teen idol image, they burnt their outfits on TV music show, Happening '70. Zoot then promoted their fifth single "Hey Pinky", released in April, with an advertisement in Go-Set which featured a nude picture of their bums. "Hey Pinky" was a hard charging guitar oriented song but it failed to chart. The song, written by Springfield, was rebellious in nature and openly mocked the pink outfits as well as their previous management and their detractors. Their debut album, Just Zoot followed in July and reached No. 8 on Go-Set Top 20 National Albums Chart. Go-Set also released their 1970 pop poll results in July with Zoot in fifth place behind The Masters Apprentices for 'Best Group', Springfield was second to Doug Ford (The Masters Apprentices) as 'Best Guitarist' and fifth as 'Best Composer', while Brewer was third as 'Best Drummer' to Colin Burgess (The Masters Apprentices).

They finished second in the Victorian heats of Hoadley's Battle of the Sounds to little known band, Nova Express (with vocalist Linda George). In August, both bands went to the national finals, where Zoot finished second to The Flying Circus. 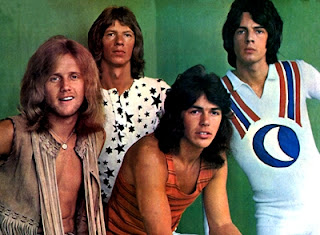 In December they released a hard rock cover of The Beatles' song, "Eleanor Rigby" which became their most popular single when it peaked at No. 4 in March 1971. It remained in the Top 40 for twenty weeks and reached No. 12 on the Top Records for the Year of 1971. Their next single, "The Freak" / "Evil Child", another hard rock song, was released in April and peaked into the top 30.

With the chart success of "Eleanor Rigby", RCA expressed interest in bringing them to the United States to record, but they encountered problems with visa work permits, meanwhile Springfield was being scouted for a solo career. Along with other disappointments and frustrations, this led to the band breaking up in May 1971. Go-Set published their 1971 pop poll results in July with Zoot in third place behind Daddy Cool for 'Best Group', Springfield was 'Best Guitarist' and fourth as 'Best Composer', Brewer was second as 'Best Drummer' to Burgess, Birtles was second as 'Best Bass Guitarist' to Glenn Wheatley (The Masters Apprentices) and "Eleanor Rigby" was 'Best Single' ahead of Daddy Cool's "Eagle Rock". EMI/Columbia released a compilation, Zoot Out in 1971 and another, Best of the Zoot Locker 1969–1971 in 1980.
Posted by Deutros at 06:09

Email ThisBlogThis!Share to TwitterShare to FacebookShare to Pinterest
Labels: Zoot