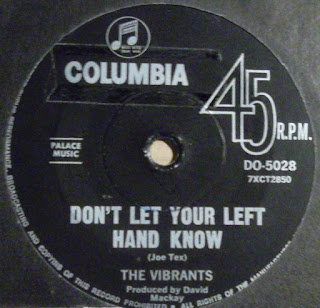 Adelaide band The Vibrants started out as the backing group for singer Bobby James, with the original instrumental lineup comprising Geoff Skewes (organ), Terry Osmond (guitar), Terry Radford (guitar), Brenton Hay (sax), Jeff Gurr (bass) and Rick Kent (drums). In this guise they cut one single for EMI's Columbia imprint, "Jezabel" / "Tossin' and Turnin' ", in 1965, after which James left to form the Bobby James Syndicate. Ian McFarlane's article on the group also lists another James/Vibrants track "I've Learned" and a May 1965 single, "Furry Legs" / "Maybe Tomorrow" shared with Roger Dee and released on the W&G label.

Skewes put together a new lineup of the group in April 1966 with Rick Kent (drums), John (Rupert) Perry (vocals), Mike Wade (guitar), Bill Pfeifer (bass) and John Hossin (sax). All the members had previously been involved with other bands and Perry had worked as a soloist under the name Johnny Perry. They were a popular act in their hometown and frequently backed local and visiting solo artists such as Bev Harrell and Johnny O'Keefe. 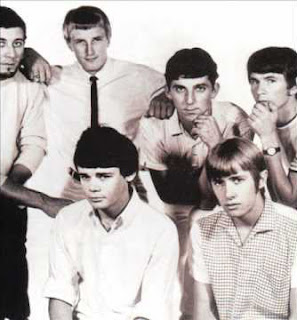 In July 1966 they moved to Melbourne and signed with EMI's Columbia label, at which point Mick Hamilton (ex- The Moods) replaced Mike Wade on guitar. Their first single I've Got To Go (Sept. '66) did not chart, but the follow-up, a driving cover of the Four Tops’ "Something About You, Baby" (Jan. '67) was a Top 20 local hit in Melbourne, reaching #17. It has since become the track for which they are best known and has been anthologised on several compilations of Australian Sixties pop. It was followed in September by "My Prayer" / "Don't Let Your Left Hand Know", which was a major double sided hit in Melbourne (#5) but failed to chart elsewhere.

Perry left the band in February, 1968 to form his own outfit, the John Rupert Group, who recorded one single, "Put a Bar in My Car" / "Tightrope" (August 1968). He was replaced by Marc Leon (ex-Impulse). Bill Pfeiffer left not long after, with Barry Rogers taking over on bass. Their next single, a cover of The Bee Gees' "Terrible Way to Treat Your Baby" was released in March '68 sold only moderately in Adelaide and Melbourne and did not chart. 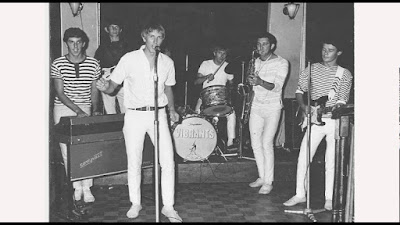 In October a major split took place, with Marc, John and Barry leaving to form a new group called Graduate. Mick, Geoff and Rick formed a new Vibrants with Penny Parsons (vocals) and Bob Flynn (bass). The new line-up developed a more sophisticated, club-style image for the rest of the Sixties. They released two Singles on the Air label including "I Can't Let Go Of Your Love", their biggest hit, which climbed to #55 in 1970 and charted for thirteen week stay, and "Give Me Just A Little More Time". In 1971 Ken Leroy (ex-John Rupert Group) replaced Flynn on bass and Trevor Courtney (ex-Chants R&B, Cam-Pact) replaced the long serving Rick Kent on drums. This last version of the band broke up at the end of 1971.   Thanks to Duckinthepond

Email ThisBlogThis!Share to TwitterShare to FacebookShare to Pinterest
Labels: Vibrants