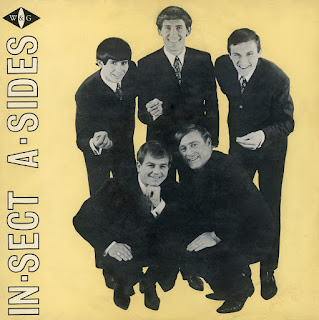 
The In-Sect rock band was formed in Adelaide in 1965 and was an instant hit in the Australian market as a showband. Their performances were legendary and were such that they could successfully perform to ‘teeny-bopper’ crowd, nightclub or cabaret circuit. This was regarded as quite unique at the time. 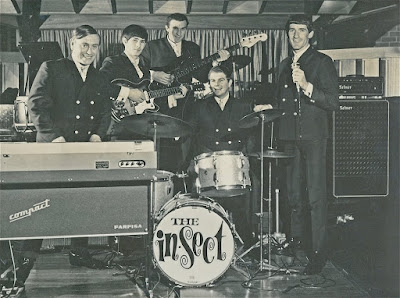 The In-Sect was an early Adelaide pioneer of the local recording industry enjoying a number of chart successes on the W&G Label. ‘Let This Be a Lesson’ was the biggest hit written by local songwriter Simon Paul and given heavy airplay by top 5AD DJ Bob Francis and then the others followed suit making it as a chartbuster. The In-Sect also fostered at the time then unknown DJ John Vincent’s recording career by also arranging a contract with W&G. The rest is history with ‘Ow Ya Goin’ racing away as a cult smash hit too.  One of the few bands of this era to release an album. Titled 'Insect A Sides' it was the first album recorded by an Adelaide rock band . The album, and apparently their stage show, was a mix of middle of the road, top 40 covers, showband or wild R&B/freakbeat. The band had a six-nights-a-week gig residency for 2 ½ years at the Arkaba Hotel. After this they ended up doing novelty singles and appearing in cabaret nights.

Email ThisBlogThis!Share to TwitterShare to FacebookShare to Pinterest
Labels: The In-Sect