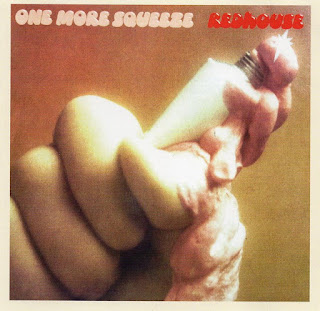 Redhouse were a short lived Australian rock music band formed in 1975. The group released one studio album which peaked at number 89 on the Australian charts in 1977.

Originally formed as the Red House Roll Band, this Geelong (Victoria) quartet was that city's premier rock attraction during the mid-1970s. The Red House Roll Band provided a very theatrical stage show (along the lines of Alice Cooper) with band members dressing up in skeleton suits or Superman outfits. 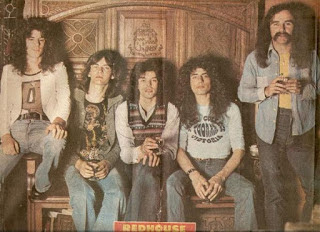 In 1973 the band signed a record deal with Atlantic, which resulted in the single "O Lucky Man" (B-Side was Movin' On). Taken from the British feature film of the same name, the band's version of Alan Price's song became a regional hit. But the band went into hibernation and re-emerged in late 1975 as Redhouse, with a completely revised line-up comprising Jack Green, John Dallimore, Jacques De Jongh and Gary Crothall. 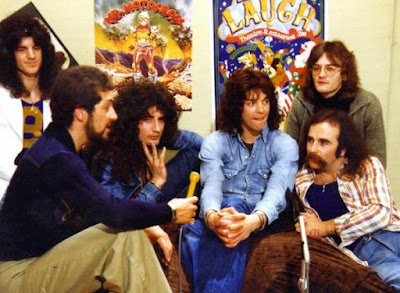 Redhouse built up a strong following on the Melbourne pub circuit as a hard-working heavy rock band. In July 1976, De Jongh left the band to join Hush. Graham Matters (on vocals) and Garry Quince (on guitar and keyboards) took his place. In September, Redhouse entered the studio to record a debut album, 'One More Squeeze'.

"One More Squeeze" was their only album  recorded under the original title "Red House Roll Band". A legendary Australian musician John Dallimore participated in the recording of this record. For the period of recording he was only 17 years old. The singles "I Like Dancing" and "Who's Foolin 'Who" reached the 17th place on the Melbourne charts. The band broke up in 1978....~

Email ThisBlogThis!Share to TwitterShare to FacebookShare to Pinterest
Labels: Redhouse